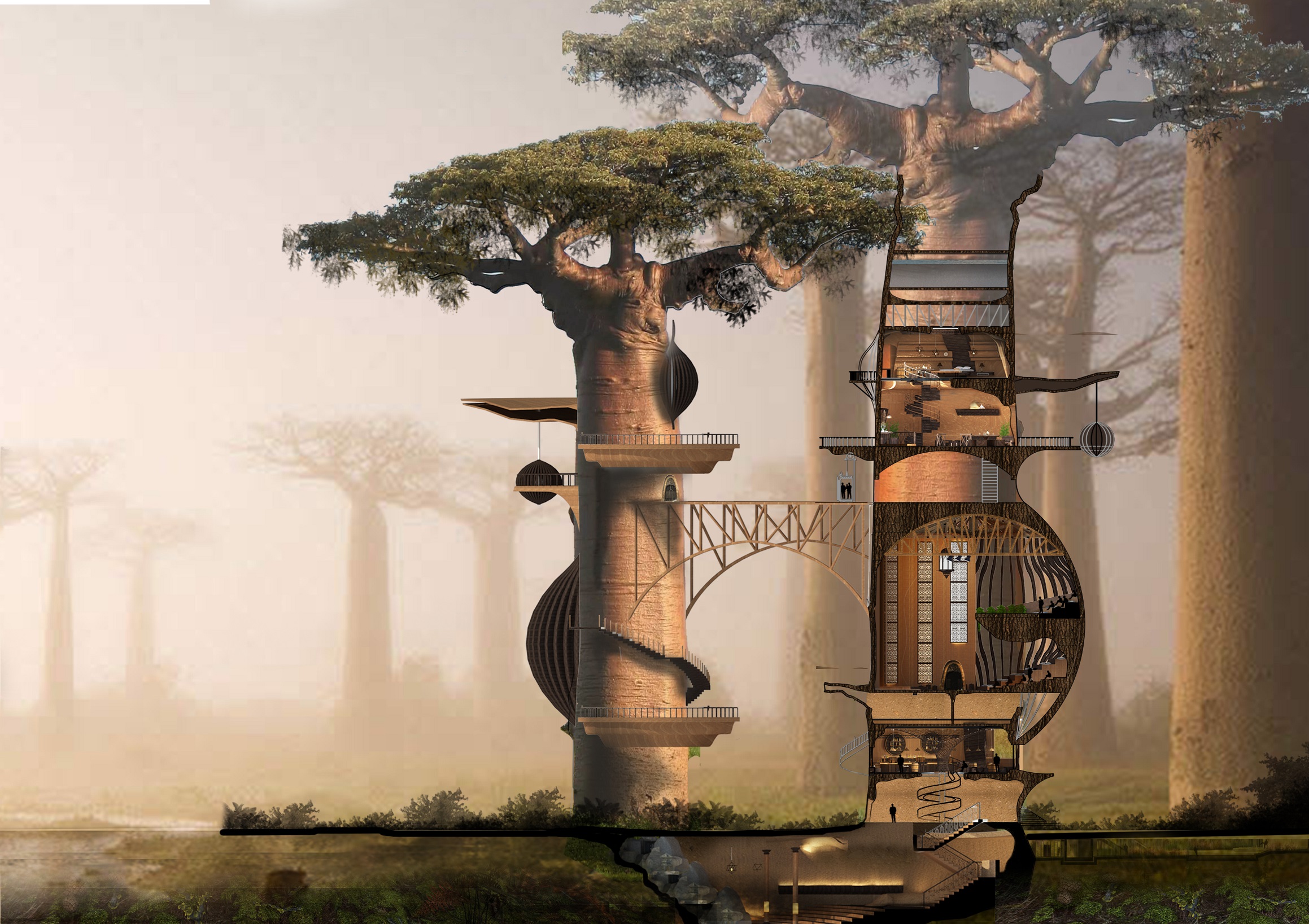 Can we rethink communities in the womb of nature? Can a tree that gives us life also sustain our livelihood? Can nature be used as a precinct to generate a new habitat? As an answer to the above questions, it is inferred that Living in a house surrounded by the forest does not mean living in a rickety old cabin but instead is an experiential and spatial bonanza that can be sculpted from what nature itself has to offer! The proposal looks at the BAOBAB tree found in the forests of Morondava, Madagascar that consists of a hollow trunk, flexible barks, water holding capacity and favourable utilisation of juices, beers, fruits & medicines, it is most essentially a natural wonder. Madagascar 2100 looks at an overall population growth of 55 million people, which will lead to forest depletion and mass rapid urbanization, putting over 100 tribal communities on the verge of extinction. But what if, these communities would be re-built on the threshold of this natural wonder, that shall enable them to have a defined, ecological and context responsive living space? The design proposal addresses the concept of a house in the forest by an approach to revive a dying ecosystem by minimal human intervention and construction and as a measure of socio-economic, site specific, climate responsive and user sensitive design strategies for under-developed tribes.